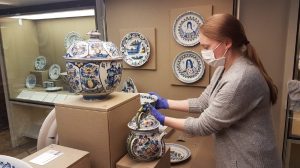 In March we began an exciting two-year project funded by Arts Council England. The project aims to raise the profile of Bristol’s important collection of delftware. At over 2,100 pieces, it is one of the largest in the UK.

Delftware is a ceramic material. It has an earthenware body covered with a glaze containing tin oxide. The tin in the glaze makes the clay body white. You might hear it called tin-glazed earthenware, which is the technical name for it. The technique originated in the Middle East but the name comes from the Dutch town of Delft, famous for its manufacture. Tin-glazed earthenware was made in England from the 1500s.

During the following century the industry flourished. Delftware was made in large quantities as functional, domestic objects. It also served as fashionable display ware that was more affordable than expensive Chinese porcelain. Leading centres of production include London, Bristol and Liverpool. Bristol’s collection includes important objects made in these cities. 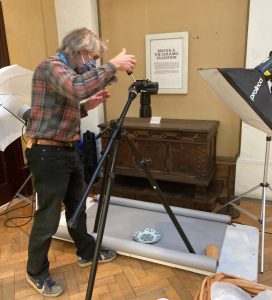 An action shot of our Digitisation Officer David.

The project will take the lead in delftware studies by bringing our collection to life. As the Project Curator, I will be researching our objects and preparing new displays. We also hope to create an online exhibition of Bristol’s delftware as a resource for everyone to enjoy.

Over the past few months we’ve been photographing the collection. After so many months in lockdown (and not quite used to being on our feet all day!) it was tiring work, but well worth it.

These images are now available online but I have included a few of my favourites here for you to enjoy.

Amber’s favourites from the collection (so far!)

This dish is the largest known English delftware example. It measures 59.6cm in diameter! It was most likely made in Bristol and its size and decoration demonstrates a high level of technical skill. 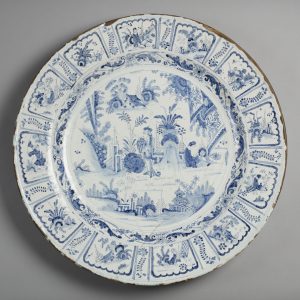 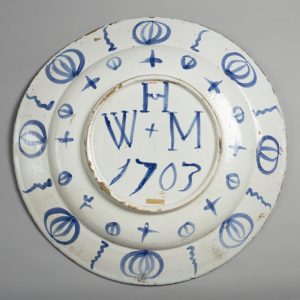 The intricate decoration includes figures, garden landscapes and buildings inspired by Chinese porcelain. The initials ‘W H M/1703’ painted on the back are probably for a husband and wife to commemorate their marriage. To own such an impressive object the couple would have been important, but we don’t know who they were. Further research may reveal their identity.

Have you ever heard of a puzzle jug? This unusual object was made for an amusing drinking game often played at dinner parties and in pubs. 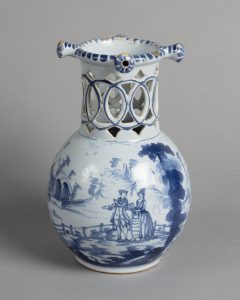 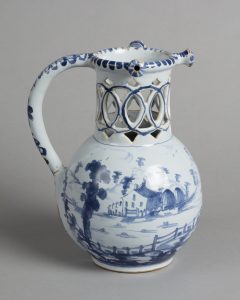 The drinker would attempt to consume the contents of the jug without spilling any. This worked by covering up all the holes (including one hidden underneath the handle!) to create a vacuum while drinking from the single functioning nozzle. The decoration on this jug shows a couple walking in a hilly landscape. This fashionable scene features on many Bristol delftware objects made around 1760. 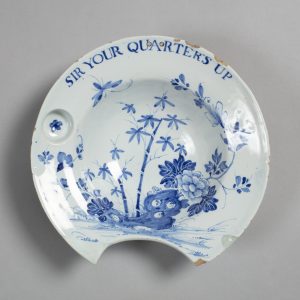 A bowl such as this would have been a familiar sight during a trip to the barbers in the 18th century.

The indent in the rim allowed the customer to hold the bowl to their neck while the barber shaved them.

The small circular well held the soap. Barber’s bills were usually paid quarterly, hence the humorous phrase on this example that reads ‘Sir Your Quarter’s Up’. 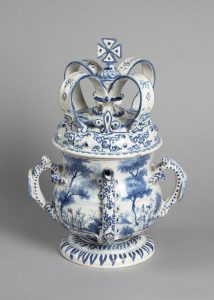 This is an impressive posset pot made in London in about 1700. At the time of manufacture, posset was a concoction of milk curdled with wine or other liquor. Very different to the citrusy dessert we know today!

Served either warm or hot it could be taken for medicinal purposes or enjoyed during festivities.

The spout enabled the liquid to be sucked from the bottom of the pot, while the thicker part of the mixture was spooned from the top.

This example was probably made to commemorate an important family event. 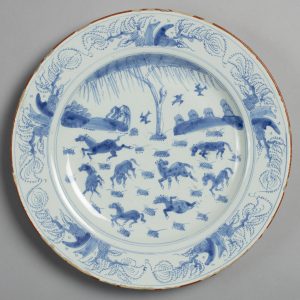 The design on this plate copies Chinese porcelain. It depicts the eight mythical horses of the Emperor Wang Mu of the Zhou dynasty (1023-983 BC).

According to legend each horse had supernatural powers.

Porcelain was a source of inspiration for the delftware potters who sought to imitate it.

The new photography has enabled us to get some fantastic close up shots of our objects. I love this happy-looking dragonfly in the corner of this tile picture! 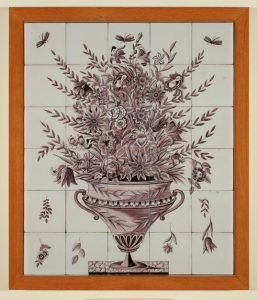 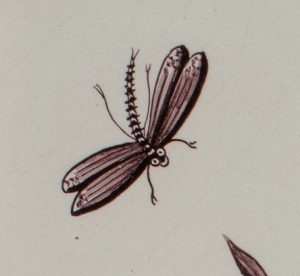 These pieces are on display in the ceramics gallery at Bristol Museum & Art Gallery and the images are available online for you to enjoy.

I look forward to sharing more fascinating objects from the collection with you so keep your eye on the museum blog!

2 comments on “Digitising our delftware” 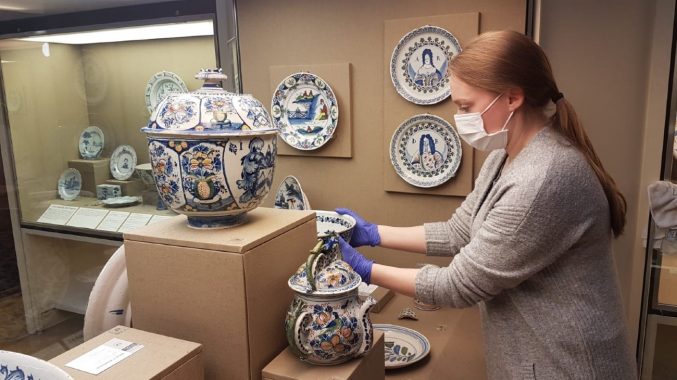