Bristol has an impressive connection to transgender history. The great writer, Jan Morris, was born in Clevedon, and the city is also home to two modern trans stars: Travis Alabanza and Shon Faye. However, Bristol’s most famous trans resident was a man who only spent a few years in the city, and who described his time here as “the darkest of days.” 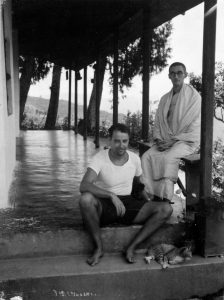 Michael Dillon (left) and Sangharakshita (right) in 1958 at a Buddhist monastery in Kalimpong, India © Uddiyana Trust

Of course Dillon had good reason for that judgement. To start with, he underwent his gender transition while living in the city. Transition can be a very painful time for trans people today, and must have been more so when it was much less common. However, Dillon’s description could easily have been used by many other Bristolians for those years, because Dillon’s time in Bristol coincided with the Second World War.

In some ways Bristol was a fortuitous location for Michael Dillon. It was home to Dr. George Foss, who had taken a keen interest in the medicinal uses of testosterone. He supplied Dillon with the pills needed to begin transitioning.

Bristol was also where Dillon met the plastic surgery expert who performed his mastectomy and introduced him to Sir Harold Gilles, the man who would pioneer the operation that gave Dillon his penis. The local surgeon was probably Dr. Geoffrey Fitzgibbon, who worked mainly through the old Bristol General Hospital on Guinea Street.

However, some of Dillon’s memories of Bristol will have been painful. He initially got a job at a “laboratory in Gloucestershire” where experiments were performed on brains. In a recent article for the Bristol Magazine, local historian Darryl Bullock identified this as Stoke Park Colony for Mentally Defective Children (later Stoke Park Hospital). When Dillon first sought treatment from Dr. Foss, the GP asked him to see a psychiatrist. This man outed Dillon to his work colleagues, forcing Michael to find a new job.

Because of the war, people assigned female at birth were able to find work previously reserved for men. Dillon got a job at a garage selling luxury cars. This was College Motors on Rupert Street. We know this because of a letter written by Dillon on work notepaper that is now in the archives of St. Anne’s College, Oxford.

Not all of the employees at College Motors accepted Dillon as a man, but his Oxford education and upper-class accent made him useful to a company with wealthy clients. Dillon writes that one of his favourite customers was the editor of the Bristol Evening Post. The garage was also where he made a life-long friend, a young man called Gilbert Barrow who was raised in Muller Orphanage in Ashley Down. 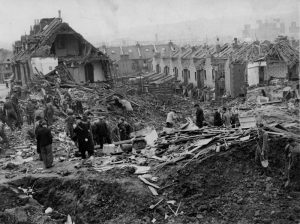 Dillon and Barrow both slept overnight at the garage, earning an extra 10/- a week for acting as a nightwatch in case of air raids. This resulted in late night adventures during the notorious Good Friday Blitz.

Winston Churchill was due to visit Bristol on 11 April 1941, to take part in an honorary degree ceremony at the University, where he was Chancellor. The Luftwaffe took the opportunity to send him a message, and spent the night before pounding the city with explosives for six hours. Dillon notes that there was 1,000 tons of petrol in the garage. Nothing would have been left of them had a bomb hit.

Fortunately College Motors was spared, but a bomb fell upon John Wright & Sons’ print works on Colston Avenue. Dillon’s boss had rented a small house on Christmas Steps in which to store tyres. Tyres were extremely valuable at the time as they were in great demand by the military. With the air full of burning paper, and one house on Christmas Steps already on fire, Dillon and Barrow knew that they had to act.

“The wave of bombers had passed so we could safely leave the garage for a few minutes. We ran up the street and I leapt up the stairs and rolled tires down them to [Gilbert] at the bottom who sent them on their way down the sloping lane with a shove. Big tires and small tires bounced down. They were all brand new.

Then the flames began licking at the stairs and [Gilbert] called me down. We collected all those that had stopped on the way and piled them outside the fish and chip shop on the corner. A special constable stopped us from going back to see if there was anything more we could do. It was just as well. In ten minutes time a second H.E. which had fallen into John Wright’s all unknown, went off and the roof of the house flew up into the air and tires we had left went sailing out of the windows in all directions.”

Thankfully for Dillon, life in Bristol calmed down after that. He began lessons at the Merchant Venturers’ Technical College which would eventually lead to a degree in medicine.

Dillon would drive to Basingstoke in his time off to work as an intern at Sir Harold Gilles’ hospital, helping treat the war wounded in exchange for his own surgery. He also made another lifelong friend in Canon Arthur Russell Milbourn of Bristol Cathedral. Dillon and Milbourn corresponded regularly in later life, even after Dillon became a Buddhist monk. During Dillon’s time as a doctor in the Merchant Navy, he would visit Bristol whenever he was back in the UK.

You will be able to learn more about the remarkable life of Michael Dillon during LGBTQ+ History Month in February 2021.

With thanks to our Equality and Diversity sponsor, UWE Bristol. 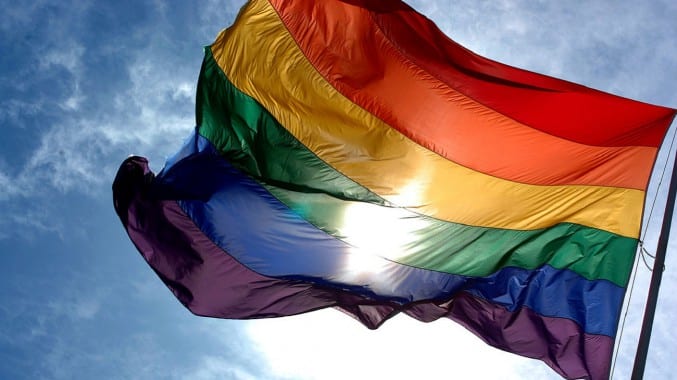